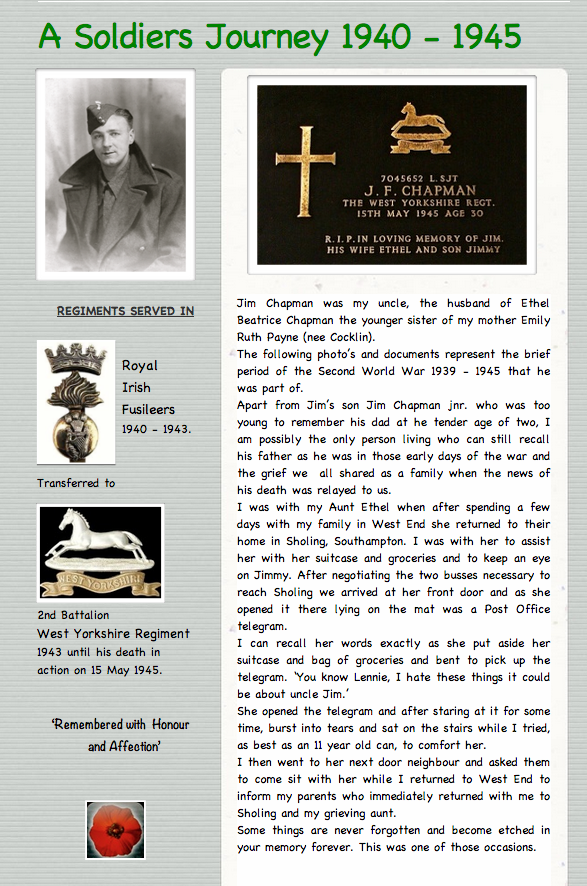 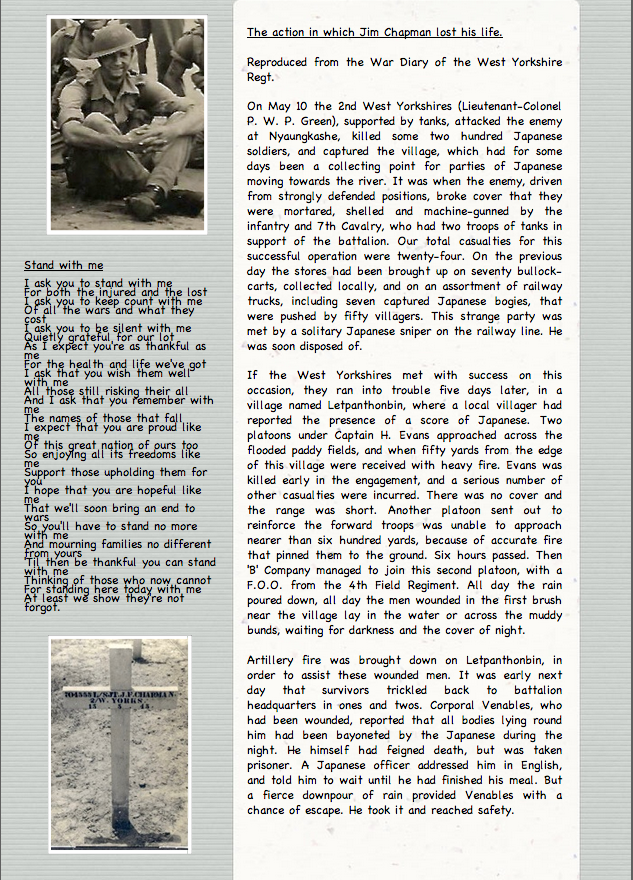 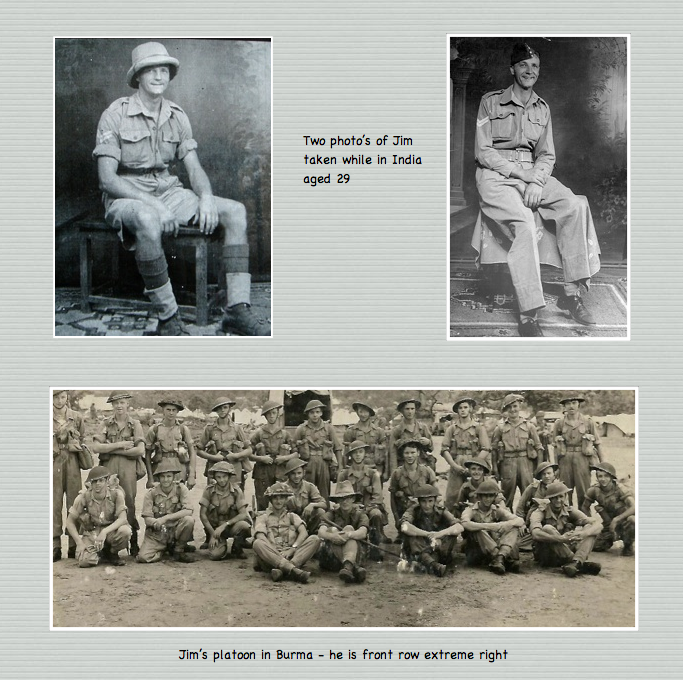 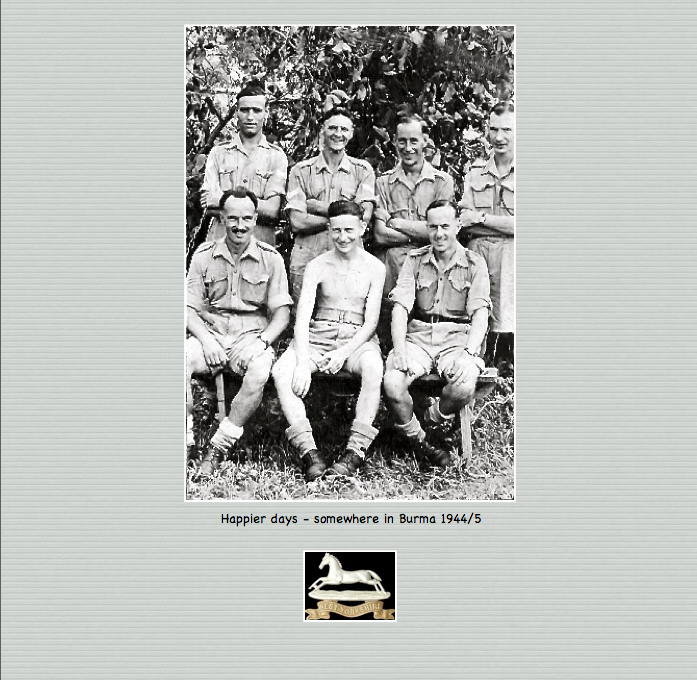 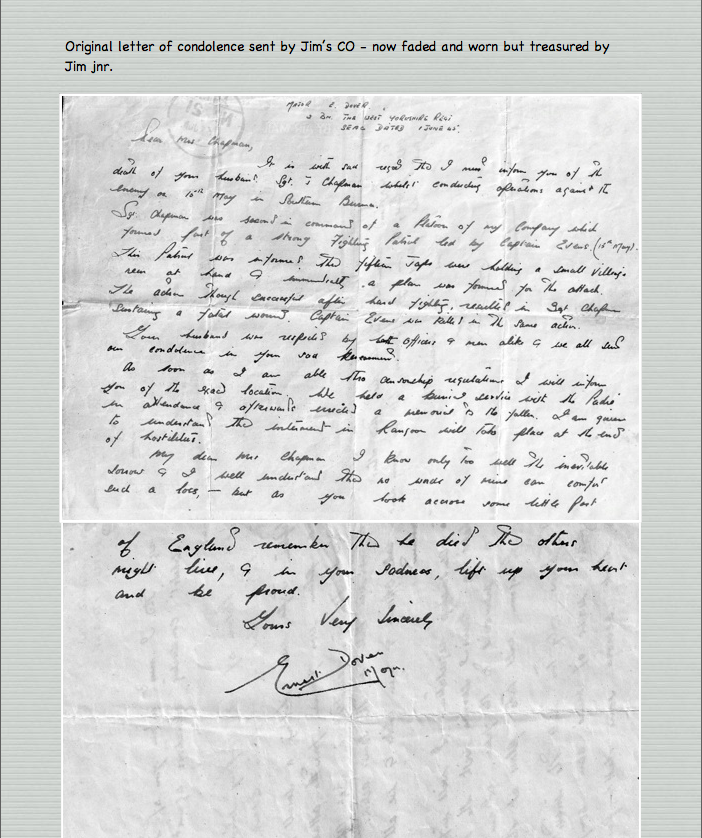 Letter of condolence from Jim Chapman’s  Commanding Officer to my aunt Ethel.

Dear Mrs Chapman,
It is with sad regret that I must inform you of the death of your husband  Sgt J Chapman whilst conducting operations against the enemy on 15 May in Southern Burma.

Sgt Chapman was second in command of a Platoon of my Company which formed part of a strong Fighting Patrol led by Captain Evans (15 May).

This patrol was informed that 15 Japs were holding a small village near at hand and immediately  a plan was formed for the attack.

The action though successful after hard fighting, resulted in Sgt Chapman sustaining a fatal wound. Captain Evans was killed in the same action.

Your husband was respected by both officers and men alike and we all send our condolences in your sad  bereavement.

As soon as I am able  due to censorship regulations I will inform you of the exact location.  We held a burial service with the Padre in attendance and afterwards erected a memorial to the fallen. I am given to understand the internment in Rangoon will take place at the end of hostilities.

My dear Mrs Chapman I know only too well the inevitable sorrow and I well understand that no words of mine can comfort such a loss, - but as you look across some little part of England remember that he died that others may live, and in your sadness, lift up your heart and be proud. 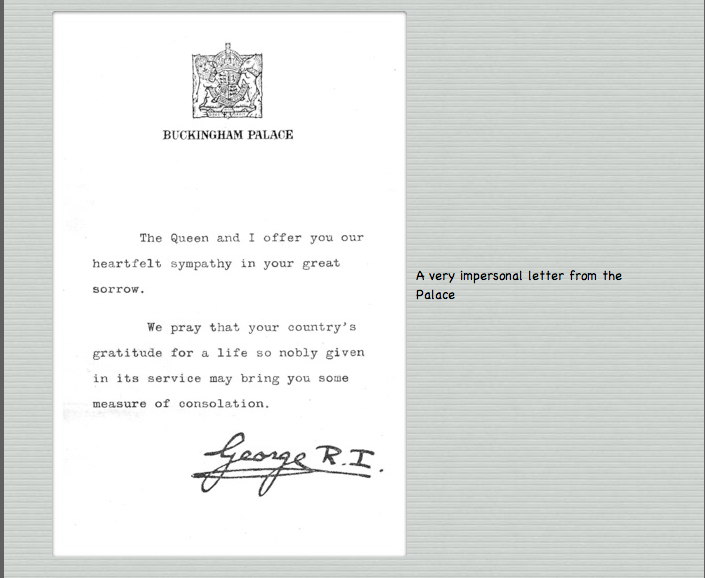 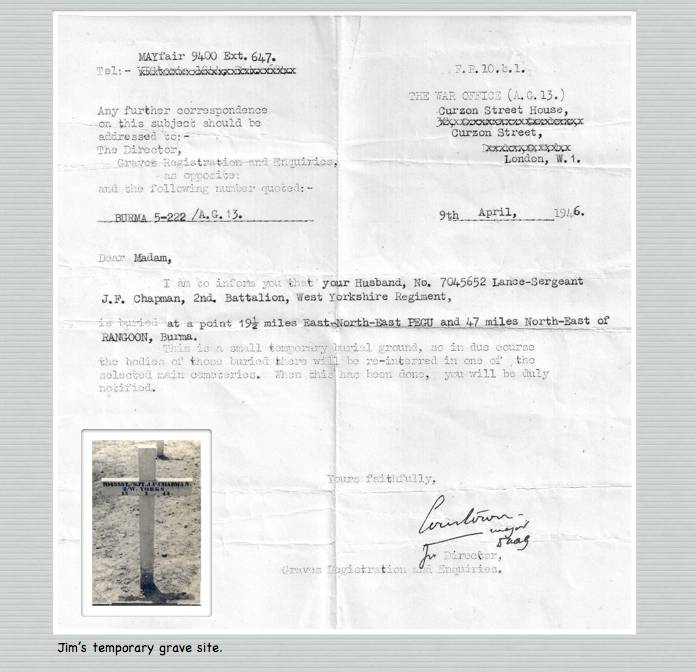 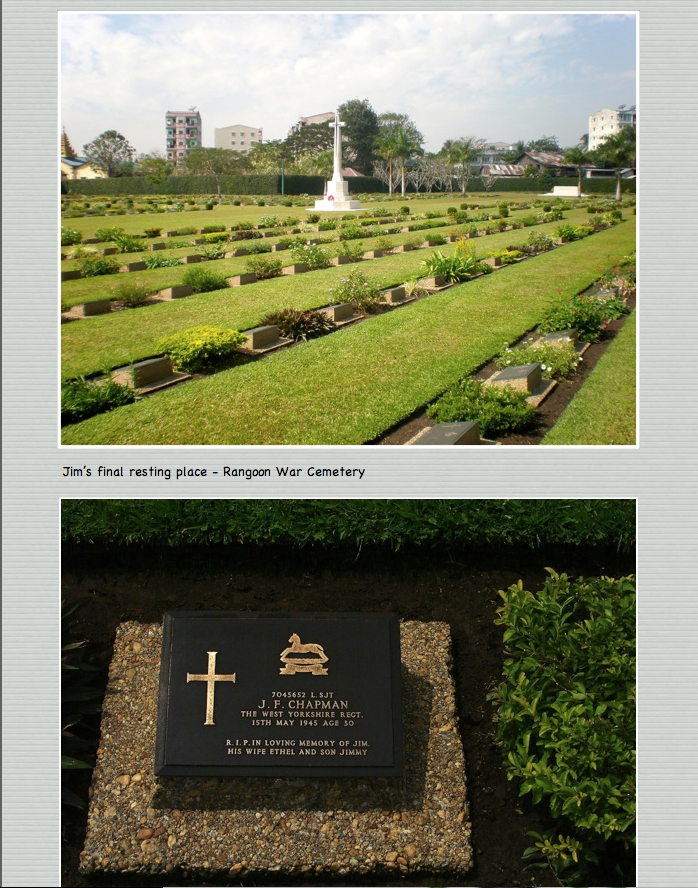 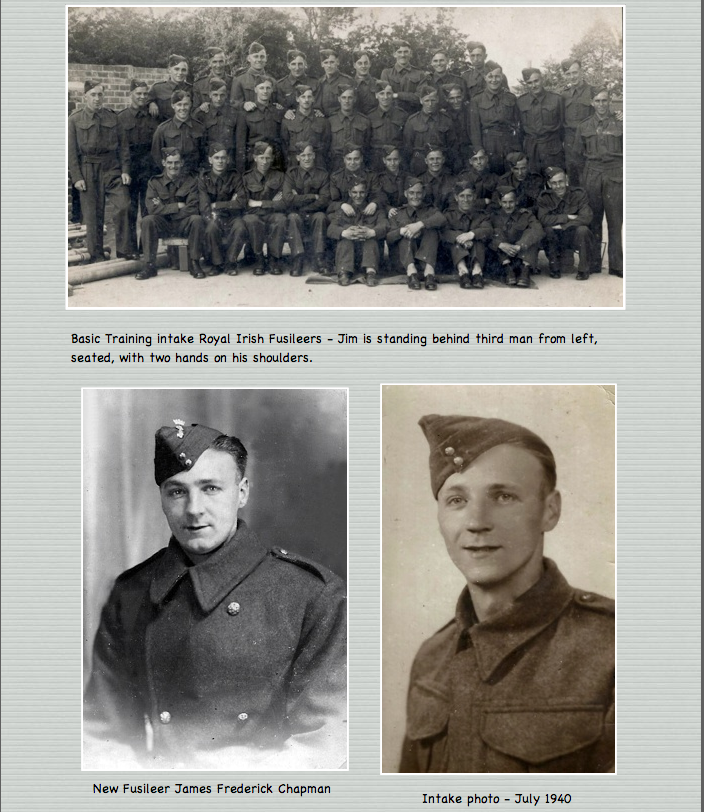 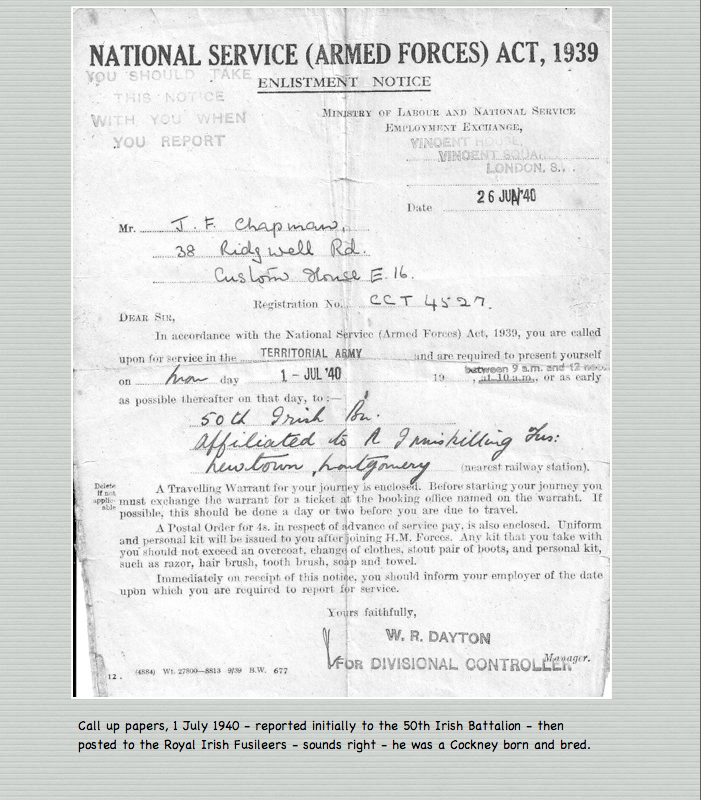 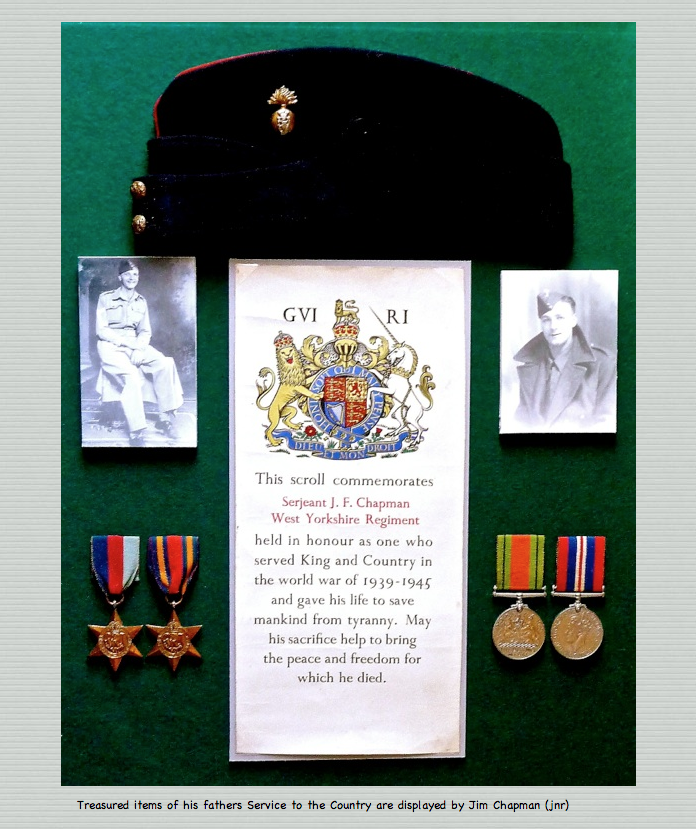 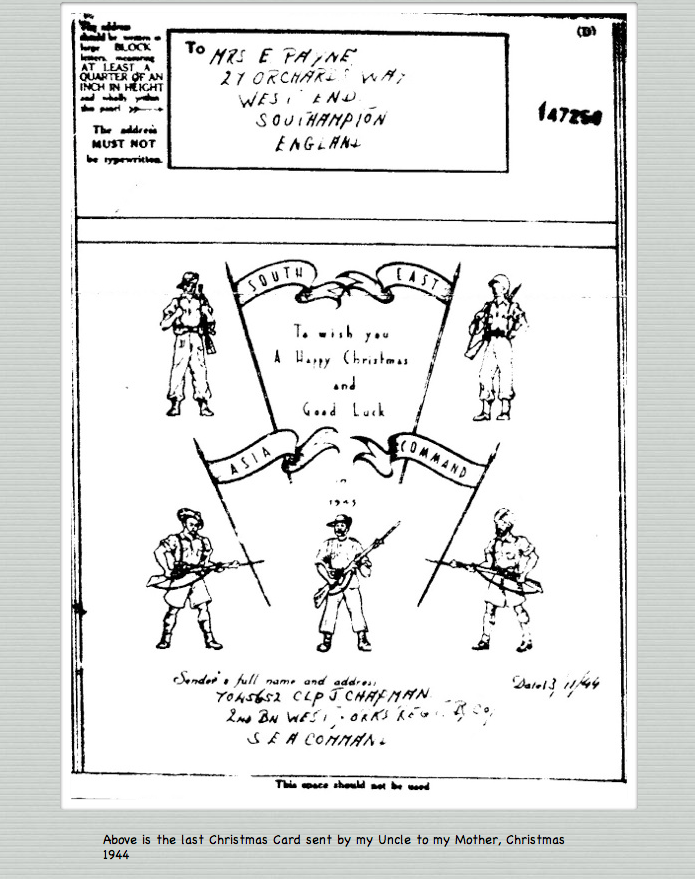 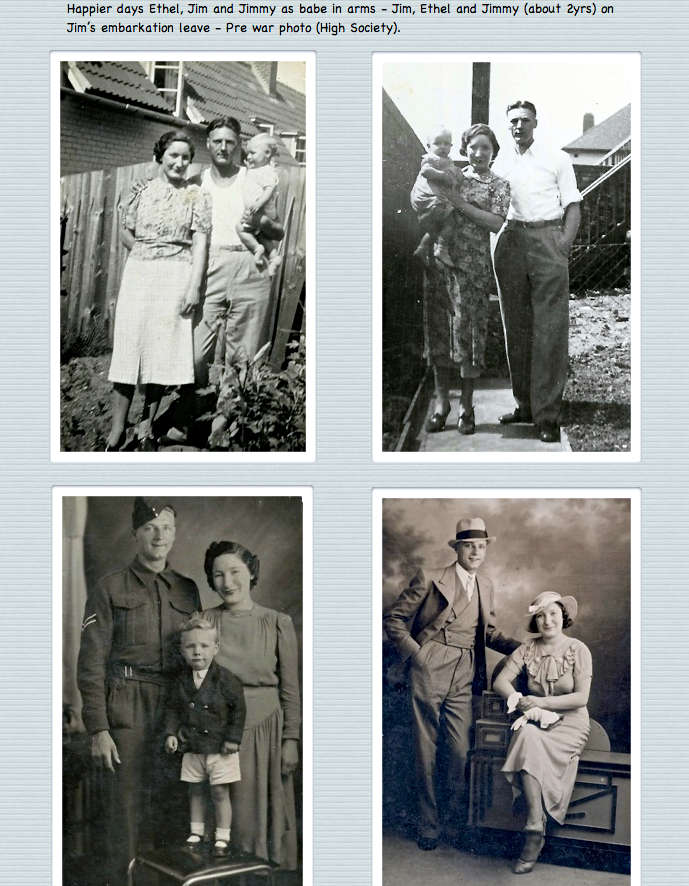 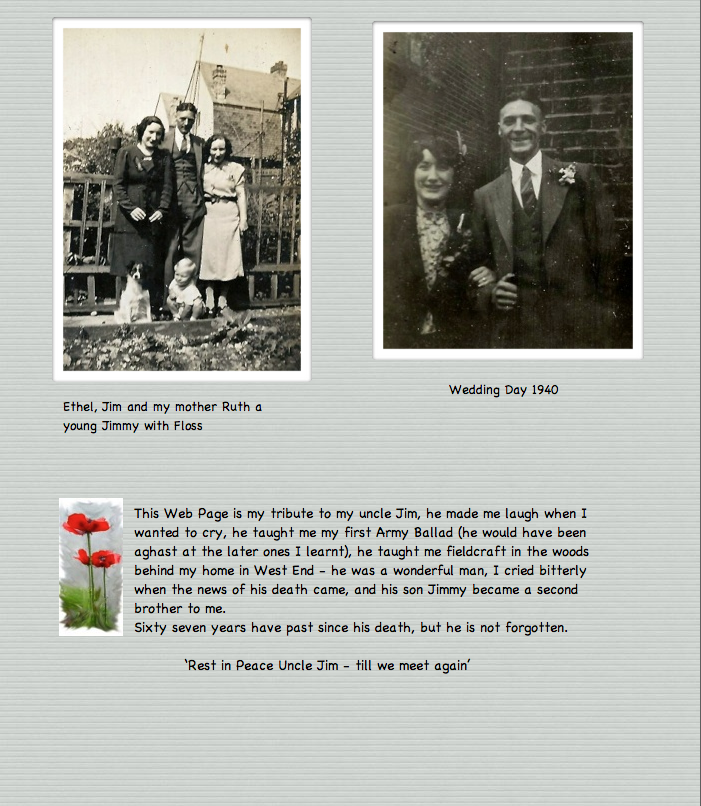